Cisitalia (the name comes from Consorzio Industriale Sportive Italia) was founded at Turin in 1946 by Piero Dusio, an ex-footballer who had become a rich industrialist through the success of his own firm, CISI (textiles, banks, sports goods, hotels).

He was an amateur race driver in the 1930s (driving Alfa Romeos) who decided to build his own cars after the Second World War. His idea was to create a race series using his to be cheap single seaters, with mainly Fiat parts (1100 engine and 500 suspension).

Ex-Fiat personnel were employed - Giacosa and Savonuzzi for engineering, Taruffi to manage the team and later Porsche and von Eberhorst for further technical work. The result was the D46, later forming the basis for the 202 road car.

Later Cisitalia went on to develop a mid-engined, four wheel drive formula one car, designed by Ferry Porsche. This used a 1.5-litre flat-12 supercharged engine with 450bhp ! This project, along with others including a large five seater car and a tractor, ultimately caused the financial downfall of the company, which entered receivership in 1949. It continued to produce and develop cars until about 1952.

The Formula One project was separated from the rest of the company and transferred to Argentina where it continued development for some time under the name of Societa Autocar. 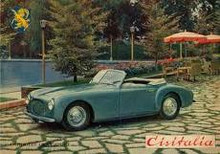 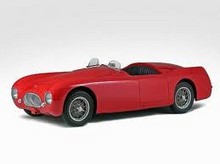 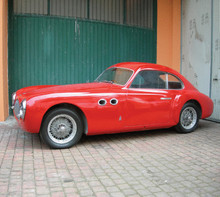 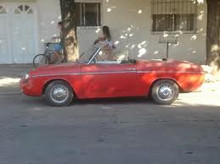 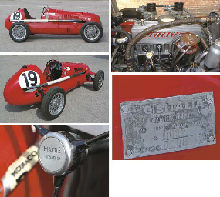 Suggest a link relating to Cisitalia