The International Harvester Co. was founded in 1902 as an amalgamation of five leading agricultural equipment companies.  E.A. Johnson designed a high-wheeler using one of the company's engines in a buggy-type vehicle.  The prototype ran in October 1906, and production cars were built in the Chicago factory of McCormick, one of the companies which had been merged in 1902.  Body styles included 2-or 4-cylinders and delivery trucks.  In 1910, when the title I.H.C. was adopted water cooled engines made by British American, of 2-or-4 cylinders, were used, and they made two conventional cars with standard size wheels, a 18/20hp roadster and a 26/30hp tourer.  They did not sell so well as the high-wheelers of which about 4500 were made.

After 1911 International concentrated on trucks.  A few passenger cars and station wagons were built on the pick-up chassis, in Norway around 1935 to 1937, but there there no catalogued passenger vehicles from International until 1956, when they launched the Travelall. 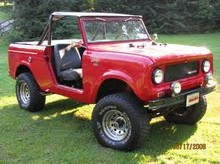 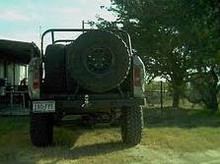 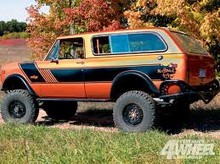