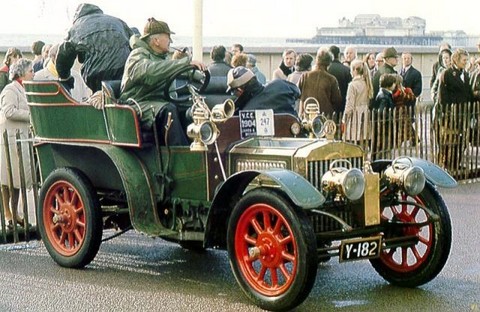 Although Tom Browne was an engineer, the car that bore his name was designed by Francis Leigh Martineau who was educated at Mason's Science College (soon to be Birmingham University) and who had practical experience in the cycle industry. The elusive Mr James was apparently a sleeping partner. Martineau was a staunch advocate of the horizontal engine and when the first James & Browne car appeared in the summer of 1900 unsurprisingly it had parallel two-cylinder engine beneath the floor, and chain drive. Production of a 9hp car at a factory in Hammersmith was underway by 1901 and this was joined by an 18hp four-cylinder transverse-engined version for 1903.

In 1905 Martineau left the firm, initially to redesign the Adams car, and then he joined Pilgrim, both makes with horizontal engines. Around the same time James & Browne introduced 'Vertex' models with vertical engines, which although a logical change, lost the cars their individuality. Tom Browne subsequently had a distinguished military and business career and died aged 92 in 1965.