The Prince was made initially by Tama Motors, a former aircraft company which had built the Datsun based Tama electric cars in the early postwar years.  In 1952 the electrics were dropped and three years later a 4-door saloon with 1484cc 4-cylinder engine was introduced.  It was called the Prince, and in 1956 was given the model name Skyline, with similar styling to the American Ford Fairlane.  It had a 4-speed all-synchromesh gearbox, De-Dion rear axle and coil ifs.  In 1957 it was shown at the Paris Salon, being the first Japanese car to be promoted in Europe, a year ahead of Daihatsu who achieved the first serious sales. 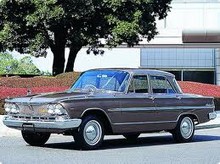 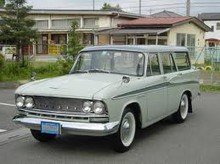 Suggest a link relating to Prince