Tata was a large engineering conglomerate which entered the car market with licence built Mercedes-Benz trucks and buses in 1954.  They went under the name of Tata-Mercedes-Benz up to 1971 and plain Tata thereafter.  In the 1980s they made pick-ups and Land Rover-like 4 x 4 vehicles, made in short and long-wheelbase forms, and their first passenger car appeared in February 1998.  Known as the Mint, later Indica, it was a 5-door hatchback powered by a transverse 1405cc 4-cylinder engine driving the front wheels.  It was available in petrol or diesel forms.  At the Geneva Show in 2000, they announced a 2-seater sports car in the Mazda MX-5 class, but with front-wheel drive.  It was called the Aria, and was planned to have a 1.8 or 2-litre engine and sequential gearbox. 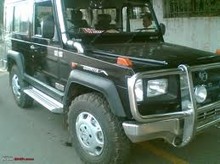 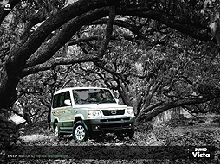 Suggest a link relating to Tata