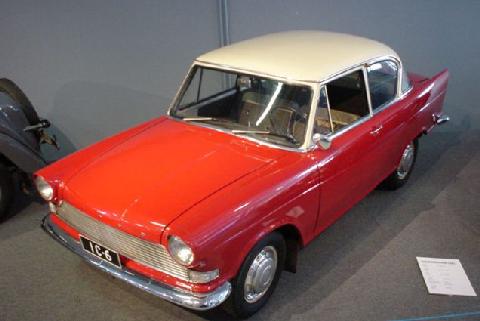 The final Lloyd made was the Arabella, which had a four cylinder "boxer" engine of opposed twin cylinders with a capacity of 897 cc.  However, the company collapsed before this car was ready for the market.  Much was written at the time about the collapse of the Borgward concern, which cost thousands of workers their job.  The bankruptcy might well have been prevented but this would have required a different course of action by the City of Bremen and a less stubborn approach by Carl Borgward.