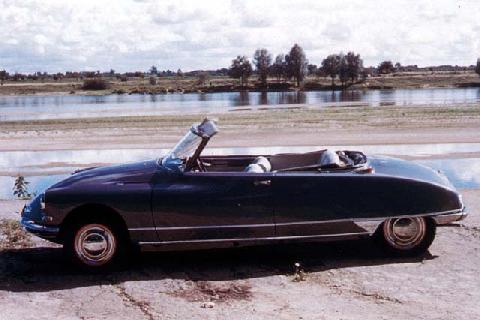 The Citroen DS was launched at the Paris motor show in October 1955 with much razzmatazz and it was the star of the show.  The DS was a worthy successor to the Traction Avant.

The DS19 was every bit as fascinating in both mechanical terms and appearance as the Traction Avant had been in 1934.

Under the bonnet, there was not just an engine, but an entire hydraulic installation.  This not only operated the suspension but also assisted the steering and brakes, operated the automatic transmission, and changed the gears.  The car was powered by the 1,911 cc four-cylinder engine from the Legere, which delivered 62 bhp.  There were disc brakes on the front wheels.  In the autumn of 1965, the Citroen ID appeared, which was a simpler version of the DS.

Source: The complete encyclopedia of Saloon Cars - Rob de la Rive Box
Have you any further information on this car?
Click here to tell us.
There are 2 further pictures
[View Full Gallery]
Related Contacts
[ suggest a contact ]
Related Links