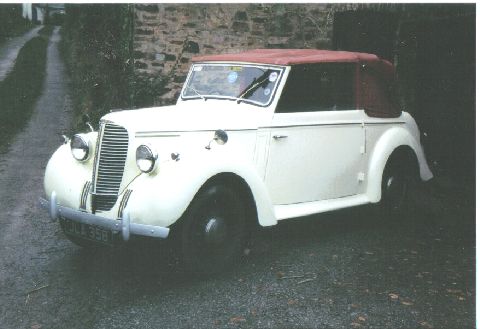 Shortly before the outbreak of WW2 Hillman announced its first unitary (chassis-less body) saloon model, the new Minx. The Minx was so rugged and reliable it actually remained in production for the first few years of the war being used as a light staff-car by the armed services. Despite looking conventional the Minx featured a bonnet hinged at the rear as well as the aforementioned unitary bodyshell.

Following the end of WW2 production of the Minx Phase I resumed, an attractive (and rare!) drophead coupe version joined the saloon along with a more useful estate version. Mechanical specification remained fairly primitive consisting of a sidevalve engine, Bendix brakes and semi-elliptic springs. 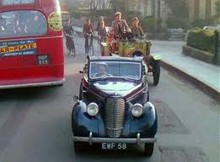 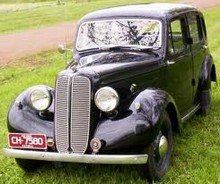 Suggest a link relating to Hillman Minx Phase I