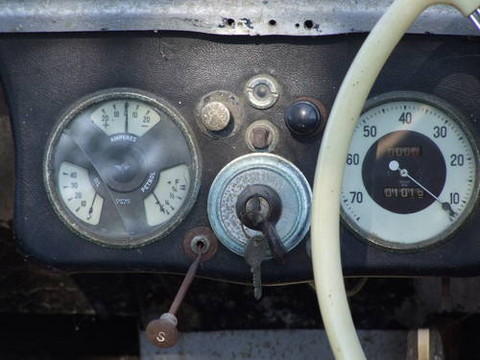 The Lloyd 650 had a double backbone chassis frame and all round independent suspension. A transversely mounted 654cc two cylinder two-stroke engine, made by Lloyd, sat in the front of the car and drove the two front wheels.

Performance was less than impressive with a 0-40mph accereration time of 30.4 seconds and a top speed of only 47mph.

Despite this, the Lloyd was exported to Australia, Belgium, Denmark and India and a total just short of 400 cars were made before production ceased in May 1950, when mass-produced cars started to flood the market.

Source: Motorbase
Have you any further information on this car?
Click here to tell us.
There are 6 further pictures
[View Full Gallery]
Related Contacts