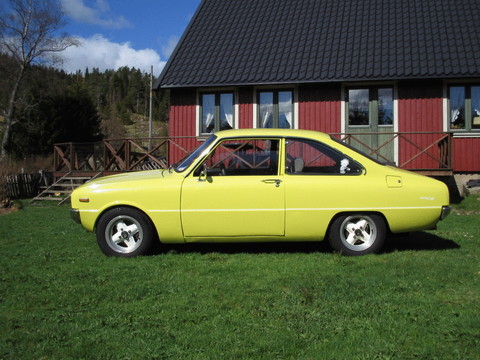 Mazda launched yet another small saloon/coupe model in 1968, the R100. Using the same chassis as the 1200 model the Mazda R100 made good use of the 110s Wankel engine. This powerful Rotary engine could propel the R100 to 105mph, incredible performance for the time.

With a choice of two or four doors the R100 could seat 4 people and featured typical styling of the time for a Japanese car. Few were imported into the UK, nether-the-less some 95,000 were produced between 1968-73. 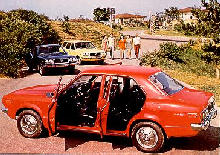