The Pontiac Sunbird is an automobile produced by the Pontiac division of General Motors. First introduced as part of Pontiac's subcompact offering for the 1976 model year. The Sunbird model ran for 18 years (with a hiatus during the 1981 & 1982 model years, when the 1982 model was called J2000) until it was replaced in 1995 by the Pontiac Sunfire. Through its years the Sunbird was available in various body styles including hatchback, station wagon, coupe and convertible.

first generation Pontiac Sunbird was a rear-wheel drive subcompact car, H-body varient of the Chevrolet Monza, based on the Chevrolet Vega. Its intended competitors were other small sporty two-door vehicles of the time, such as the Toyota Celica, Ford Capri, and the Ford Mustang II

The Sunbird was introduced in the fall of 1975 and produced for the 1975 through 1980 model years. The standard engine was the aluminum-block 140 CID inline four-cylinder engine used in the Vega, Monza and Astre. Equipped with a single barrel carburetor, it generated a peak power output of 78 horsepower (58 kW) at 4200 rpm. Also standard was a 4-speed manual transmission, with a 5-speed manual or a 3-speed automatic transmission available as options.

In the 1978 model year the hatchback coupe and two-door station wagon (Kammback) bodies used by the Astre were added to the Sunbird lines. They continued to use the same front fascias as the old Astre models with Sunbird badging The 2.3 L engine was simultaneously dropped from the list of options.

1980 was the final production year of the H-bodied Sunbird. By this time the station wagon body-style and the optional V8 engine were dropped (due to overheating issues). This year featured an unusually long production run in order to provide sufficient inventory to carry dealers into the 1981 model year, in anticipation of the Sunbird's replacement. 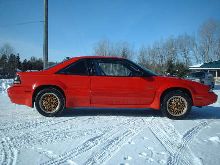 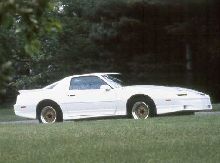