Designed by Porsche under the orders of Adolf Hitler, the VW Beetle was initially designed to provide cheap transport for the hard working German masses. Built in very small numbers before and during World War Two the Beetle literally rose from the ashes of its bombed-out Wolfsburg factory under the guidance of the British Army.

The Beetle was an instant success at home, Europe, Britain, America and virtually every other country in the world. The model evolved through various face lifts and running gear changes and provided a platform for other models including commercial and sporting derivatives (Karmann-Ghia).

The basic Beetle rear-engine/rear wheel drive layout was used in all of the Beetle derivatives, the engine itself being an air-cooled, horizontally opposed unit. As production raced past the 15,000,000 mark the Beetle went on to be crowned as the best selling car of all time. Production of German Beetles finished in the late 1970's but the car refused to die and has been built in Mexico ever since, evolving into the "New Beetle" in the late 1990's.

Although they looked the same as previous models, the 1302 and 1303 ‘Super’ Beetles were the most radical reworks of the car during its long life. MacPherson strut front suspension was adopted, which allowed more front boot space and improved handling. The struts also allowed front disc brakes to be fitted too. The 1303, from 1972, had a more safety-conscious padded dashboard and wraparound windscreen, plus bigger tail lights. Engines were the usual air-cooled units of 1285cc and 44bhp, and 1584cc and 50bhp. Not quite as liked as other Bugs. 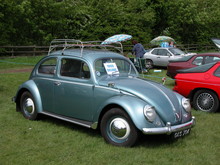 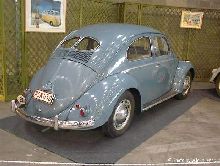 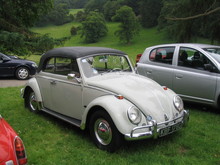 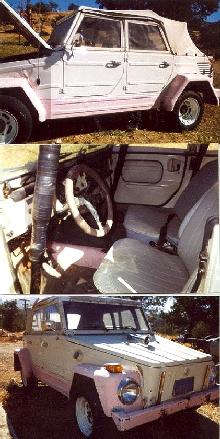