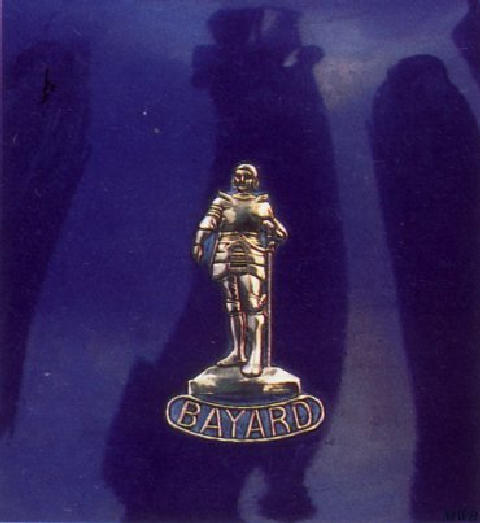 The French company Clement-Bayard was situated at the Boulevard de la Saussaye 57 in Neuilly.  Between 1899 and 1922, three wheelers and cars were built there.  Like so many others, Gustave Adolphe Clement (1855-1928) originally started out by building bicycles and motorcycles.  His fist car was a three-wheeler with a De Dion engine, but it was not long before he switched over to real motorcars.  Some super cars with 12,963 cc six-cylinder overhead camshaft engines were built for the 1908 French Grand Prix.  Three of these cars took part in the race, but the race was won by Christian Lautenschlager in a Mercedes with a cylinder capacity of 12,831 cc.  After World War I, a few inconspicuous models were introduced.  In 1922, the company was taken over by Citroen.

Suggest a link relating to Clement-Bayard