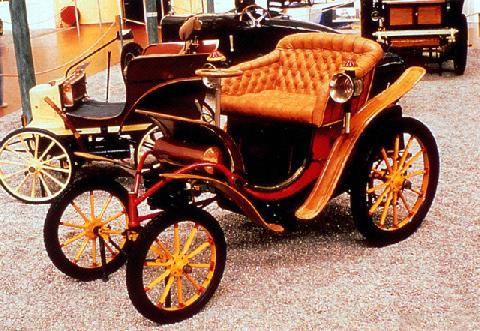 Major Arthur Krebs, an experienced engineer, was appointed technical director of Panhard-Levassor following the untimely death of Emile Levassor in April 1897 and designed the Clément-Panhard specifically as a voiture légère, not as a scaled-down large car. It had a tubular chassis, near-horizontal 3½hp rear-mounted engine driving through a constant-mesh gear-train, and final drive by side chains. Somewhat outdated centre-pivot steering was used, but this worked well enough in practice.

First exhibited at the Paris Show at the end of 1898, orders for over 300 cars were taken. Such volume production was not possible at the designer's works, and so Panhard-Levassor director Adolphe Clément undertook manufacture at his factory in Levallois-Perret.

Initially the Motor Vehicle Company of S F Edge sold the cars in Britain and later the agency was taken up by Stirling, a Scottish coachbuilding business that had bodied some of the first Coventry-made Daimlers in 1897/8. The cars that Stirling sold were named Clément-Stirling or Stirling-Panhard. The firm also built some bodies on the cars that were significantly different from those of the French machines.

A total of about 500 Clément-Panhard cars were built.

Suggest a link relating to Clément-Panhard