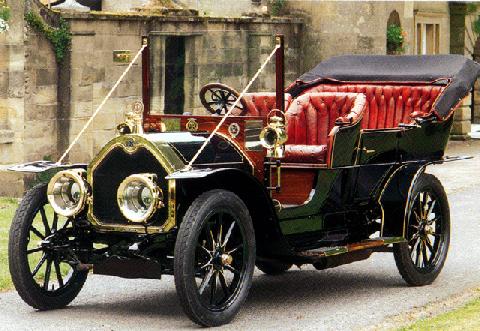 Alexandre Darracq's Gladiator bicycles made him a fortune in the 1890s and his ‘Perfecta’ works was one of the largest in Paris. He marketed the first successful Darracq motorcar in 1900, it having a vertical front-mounted single-cylinder engine and shaft-drive. Over 700 were sold in the first year. Darracqs offered good value for money and a range of single, twin and four-cylinder cars soon followed. In 1903 the firm innovatively adopted the one-piece pressed-steel chassis that was both strong and relatively lightweight.

Alexandre understood the value of publicity and pursued a vigorous and successful policy of motor racing and record braking. In 1914 Darracq was the third largest French car manufacturer after Renault and Peugeot.

Aged 56 Darracq retired from his firm in 1912 to live in Monte Carlo. The Darracq Company acquired the English firms of Talbot and Sunbeam, forming the STD combine in 1920, from which the Darracq name disappeared before the Second World War.

Darracq is a well-known name in the veteran car world, since it is the make of Genevieve, star of the 1953 film. 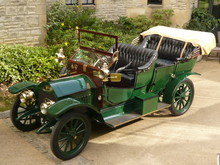 Suggest a link relating to Darracq