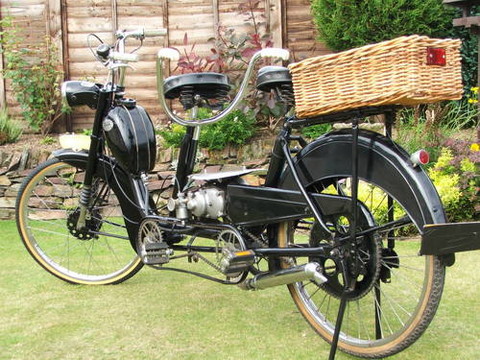 The Eysink was a Dutch automobile manufactured from 1903 until 1919.

The Eysink brothers from Amersfoort, who created the marque, started out in the manufacturing of bicycles.  They built the first car in 1897, but did not begin production in earnest until 1903 (although they produced about 10 cars in this period), when they built a range of shaft-driven cars. These were of 10/12 hp, 16/20 hp, and 20/30 hp; a 30/40 hp six was also produced. A light car, called Bébé, began production in 1912; this lasted until 1919. Peak production was around 50 a year. Total production was about 400 cars. The company continued to build motorcycles until 1957.

The car production ran until 1920, they made two-, four-, and six-cylinder cars and started in 1919 the production of a small car or a cycle-car, which wasn't a success. So they concentrated on motorcycles, the manufacture has started in 1898 with bought-in engines as one- and V2-cylinders, mainly from Belgium (Kelecom, well-known Sarolea and famous Minerva). From 1923 to 1927 they made also bikes with 500cc-Boxer-engines from well-known British Coventry-Victor. Until WWII Eysink made small two-stroke-bikes with British Villiers-engines and four-stroke-models from 250 cc to 500 cc with British JAP- and Python (Rudge)-engines. After the war they only made two-stroke-bikes up to 250cc again with Villiers-engines. It seems, that the production of bikes was stopped in 1956, maybe some mopeds have been made afterwards.
Eysink won the TT of Assen in 125 cc in 1946 and 1948, which was one year too early to be a Grand Prix victory.

Suggest a link relating to Eysink