The FSO plant was established in 1951 by the Polish government in Żerań on Warsaw's eastern bank of the river Vistula, to produce automobiles for post World War II Poland. The first FSO car was the Warszawa, manufactured under the Soviet GAZ-M20 Pobeda licence.

In 1953, an in-house team started working on the development of a smaller, popular car, resulting in the second FSO model, a two-stroke Syrena, being introduced in 1957. The Syrena was a completely proprietary design of FSO; its production was next moved to FSM car factory (Fabryka Samochodów Małolitrażowych).

In 1965, the Polish government signed license agreements with the Italian auto manufacturer Fiat to manufacture selected Fiat models in Poland, under the brand Polski Fiat. In particular, the Fiat 125 was to be manufactured at FSO to replace the outdated Warszawa. The resulting model, called Polski Fiat 125p, was in fact a simplified model with Fiat 1300/1500 mechanicals, and was exported for some time under the names Fiat 125p and later, after the license agreement ended, FSO 1300/1500. It was also produced in station wagon and pick-up variants. Meanwhile, the Warszawa was still manufactured concurrently until 1973.

In 1978, FSO introduced a new model, called Polonez, which was a 5-door compact car based on updated FSO 1500 design. The Polonez was also exported to many markets under the FSO brand. This model was initially to substitute all variations of the original 1500, but actually the production of the latter lasted until 1991, and both models were updated a few times during that period.

After the structural transformations of 1989, the Polish government sought to privatise the FSO by finding an appropriate partner in one of international automakers. Despite many attempts and negotiations, this was not the case for many years. The first full-fledged venture started in 1994, when an agreement with General Motors was signed to assemble Opel Astra in Żerań. Nevertheless, the following year FSO was actually sold to the Korean Daewoo Motors, which was at that time independent of GM and actually competing with it. The company was then renamed Daewoo-FSO.

At first, Daewoo used FSO to assemble models such as Daewoo Nexia and Daewoo Espero. In 1997, the assembly and then full-fledged production of Daewoo Lanos commenced, followed in 1999 by the Daewoo Matiz. Other contemporary Daewoo models were also assembled. The production of Polonez was maintained, the model was modernized and new body styles were added. Nevertheless, waning demand led FSO to cease Polonez production in 2002.

Meanwhile, General Motors decided to build their own factory in Poland, in Gliwice, where the production of Opel Astra was relocated in 1998. GM's assembly line at FSO was then used for a short time to assemble Opel Vectra for the local market and then shut down completely, ending the relationship with General Motors. 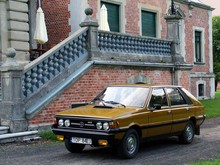 Suggest a link relating to FSO