Established in France during 1870 as an arms manufacturer, built its first car in 1903, its early cars being luxury Tourers. During the First and Second World Wars Hotchkiss built military vehicles and tanks for the French army. During the inter-war years Hotchkiss continued to build extravagant and elegant designs for the European elite.

In 1950 Peugeot acquired an interest in Hotchkiss and the company survived for a further two years before closing for good.

Early in the twentieth century armaments manufacturer Hotchkiss began making engine components for firms in the French automobile industry at its Saint-Denis factory just to the north of Paris. This led to the directors' decision to make Hotchkiss motorcars. The first examples, 4-cylinder cars of 18hp, made their début at the Paris Salon of December 1903, the round radiator and cylindrical bonnet giving the cars a distinctive appearance. Mechanically there was extensive use of ball bearings, most significantly the crankshaft was so supported, and all Hotchkiss cars used shaft-drive.

In the 1904 to 1906 period the company tried its hand at motor racing but even though the cars had huge engines of around 18-litres they were largely unsuccessful. So Hotchkiss settled for producing quality cars for a discriminating clientèle and at this they were successful for the next fifty years. 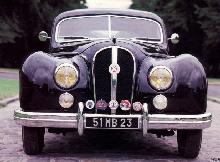 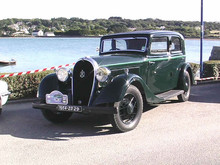 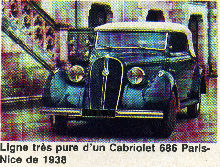 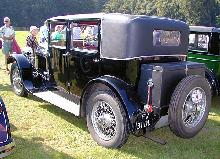 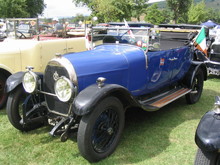 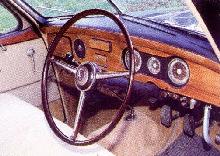 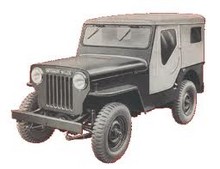 Suggest a link relating to Hotchkiss