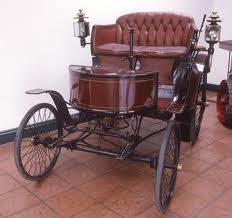 William Lea was the Merseyside agent for Benz engines, and had depots at the entrance to Birkenhead Park, and in Berry Street, Liverpool.  In 1900 he decided to build his own cars, using Benz engines and British body components, many of which were made at Birkenhead.  The engines were of 3 1/2hp and 6hp and the cars closely resembled the Benz, though they had a rounded front reminiscent of the Benz-based Hurtu, made in Manchester as the Marshall at the same time as the Liver.  Not many Livers were made, but a 3 1/2hp survives today.

Suggest a link relating to Liver