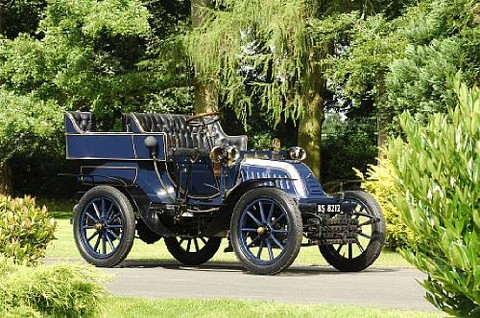 One of the major suppliers of components to the developing automobile industry was the partnership established in 1890 by Paul Malicet and Eugène Blin, initially to provide parts for the cycle trade. Their MAB trademark can be found on chassis, axles, gearboxes, steering gear, and numerous other components fitted to a wide variety of makes of motorcars. Engines were also offered, almost certainly made by other manufacturers. There is no evidence that Malicet & Blin ever marketed motorcars, but two surviving vehicles made of its components can only be identified as such. In the period 1908 to 1912 the firm did show complete MAB lorries in its catalogues.