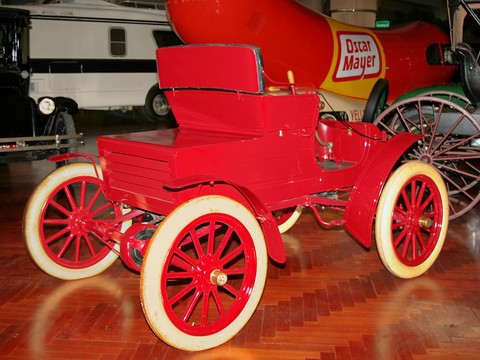 Charles Brady King was a trained engineer and an American automobile pioneer, running the first automobile on the streets of Detroit in 1896 powered by a four-cylinder engine of his own construction. After a time working at the Olds Motor Works he set up the Northern Manufacturing Company of Detroit in 1902 together with Jonathan Maxwell, also an ex-Olds employee, who in due course left Northern to produce the Maxwell automobile from 1905. Unsurprisingly, the first Northern Runabout closely resembled an Oldsmobile. 300 were sold in 1903, some in Britain where Manchester coachbuilders Joseph Cockshoot held the agency. For 1904 a touring car was introduced alongside the Runabout with the two-cylinder engine "horizontal, opposed, under front hood".

Northern failed in 1908 and the King Motor Car Co founded in 1911 fared little better, Charles B King not being a good businessman. He is however remembered as a highly respected consulting engineer.

Suggest a link relating to Northern