The PACKARD automobile story began in Warren, Ohio in 1898 as a result of James Ward Packard buying a Winton car. He was sure that he could have made a better job of it and was challenged by Alexander Winton, the designer/builder of the car to try and improve his product.

James and his brother, William Doud Packard had founded the Packard Electrical Company in 1890, making electric bells, dynamo's and lamps and started a second electrical company, the New York & Ohio Co in 1891. The latter was the site where the first Packard, an open two seater, tiller steered buggy, was assembled. Called the model 'A', it had a single-cylinder, horizontal water-cooled engine and two speeds that could propel it at 19mph.

Designed by James, with the help of two ex-Winton employees, William A. Hatcher - who was later involved in the Brew-Hatcher car and George Weiss who became a partner in the newly formed Packard & Weiss automobile section of New York & Ohio in 1899. In 1900, the partnership separated from the New York & Ohio Co and was renamed the Ohio Automobile Co, producing 49 cars that same year. A steering wheel was introduced in 1901, the year that Packard and Weiss bought both of the parent companies.

Packard Electrical moved to new premises as a separate concern and became part of General Motors in the 1930's.

Packard and Weiss still made their original single seater design because James insisted that 'More than one cylinder would be like two tails on a cat', but he finally relented and in 1902, the model 'G' flat twin was produced. Henry B. Joy joined the company in 1902 and the Packard brothers stayed in Warren to run their electrical companies. Joy took charge of the Packard Motor Car Co and although James Packard remained in the nominal position as President until 1909, the Packard brothers were no longer involved.

The Packard Company moved to East Grand Boulevard, Detroit in October 1903 and 1904 saw the introduction of the first front engined, four cylinder model 'K' that set speed records at Daytona in racing tune.

From 1908, agencies were set up in Hawaii, Britain, France, Spain, Cuba and various Latin American countries. Alvan Macauley joined the company in 1911 and became President from 1916 to 1938. Jesse Vincent, who had worked with Macauley was employed as chief engineer in 1912 and he produced the world's first series production V12 'Twin Six' car in 1915 that would stay in production until 1923. The East Grand Boulevard plant had, by 1916, been expanded to over 1,000 acres.

Car production ceased at the onset of WWI and Packard concentrated on the manufacture of Liberty V8 and V12 aero engines. In 1923, a new 'Straight Eight' replaced the Twin Six and Packard started to refer to their cars by 'series' numbers, the 1923 range being series one, the 1924 was series two etc.

The lesser known Packard truck manufacturing section that had been producing since 1905 closed in 1928, making space available for a new body plant.  The company offered a wide range of 'in-house' manufactured bodies, but 'custom' bodies from Dietrich, Holbrook and Judkins were now illustrated in their catalogue. Ironically, these came at a time when the Depression hit America and the sales of all motor manufacturers suffered.  Packard sales dropped alarmingly from over 50,000 in 1928 to a mere 6071 in 1934.

The introduction of the One-Twenty, a 3.7 litre straight-eight in 1935, saved the company from possible collapse and boosted production to new heights.  A reputed ten thousand One-Twenty's were on order before the car was even ready for delivery. By 1936 production reached 83,226 with profits of $7,000,000.

The new 'Clipper', introduced originally as a four door sedan in April 1941, went into full production in 1942 when, in a break from tradition, the entire range carried the name. The reference was listed numerically on half of the range (i.e. 110) rather than being spelled out as before. Only the 'senior' cars had their references spelled out.

So the cars for 1942 were listed as follows: Clipper 110, the 110 Special and 110 Custom - all on 122inch wheelbase, the Clipper 120, 120 Special and the 120 Custom on either 120 or 127inch wheelbase, the 'senior' cars Clipper One-Sixty and the Clipper One-Eighty were offered on 127, 138 or 148inch wheelbase. The Clipper bodies were built by Briggs. The One-Eighty series also had bodies designed by Rollston, Darrin and LeBaron, who had designed for Chrysler since the late 1920's. First year sales were 72,855, but car production was again halted in 1942 when the company became engaged in WWII production of the Rolls-Royce Merlin engine, plus V12 and V16 marine engines that stayed in production after hostilities had ceased. Production of the Clipper resumed after the war. The Clipper range was simplified to Clipper Six, Clipper Eight, Clipper Deluxe Eight, Super Clipper and Custom Super Clipper. The special body designs had now been discontinued. The dies for the older style luxury Eight, the 'senior' series One-Sixty and One-Eighty were sold to Russia and the car re-appeared in 1946 as the ZIS 110.

By 1948 the Clipper design was getting old and the name was dropped. Packard replaced it with a design based on a pre-war Show car known as the Phantom, but the result made the car look fat and it earned the nickname 'Pregnant Elephant'. Even so, sales were good, reaching 92,000 cars in 1948 and 116,000 in 1949, which prompted Packard to drop their luxury cars to concentrate on lower priced models. But sales began to fall due to controversial styling and they no longer had a luxury car to compete with the production giants who were also fitting the much favoured V8 engines, whereas Packard still fitted in-line straight eights. The Mayfair hardtop coupe joined the 1951 line-up.

James A. Nance, a former salesman became President of the company in 1952, replacing the ageing Hugh Ferry.  At that time, the Packard range was listed simply as 200, 250, the 300 and the top of the range Patrician 400. Nance decided that Packard must return to making luxury limousines again and that the cheap 200 should be renamed Clipper and become registered as a separate make. The Caribbean convertible and two eight seater's - the Corporation Limousine and the Executive sedan were introduced in 1953.

In 1954, Nance bought Studebaker with the intention of Studebaker-Packard becoming one of the 'Big Four'. The Packard straight eight engine was replaced with a V8, which was fitted to all of the 1955 Packard's and the range now included two hardtop coupe's, the Super Panama and the Constellation. Finally, the Clipper was marketed as a separate make, but it only lasted for one year.  Had this been carried out earlier and Packard left to concentrate on building the luxury cars that they were renown for, the company might still have been in production at this time.

Studebaker was soon recognised as a liability, with desperate problems that were now dragging Packard down with them.  To compound the problems, Packard had given their body plant to Briggs in 1940 and Briggs had sold out to Chrysler in 1954.  Chrysler now notified Packard that the supply of bodies would be discontinued. Although the old plant in East Grand Boulevard could have helped, Nance settled for a small body plant in Detroit that presented the company with constant hold-ups and quality control problems. Nance resigned in 1956 and Studebaker-Packard was sold to Curtiss-Wright. Although Packard was still being produced in 1958, they were actually only re-badged Studebaker's. The days of the true Packard were over! 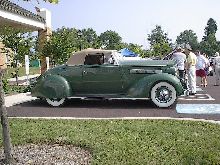 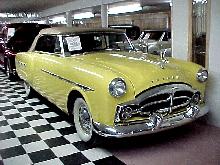 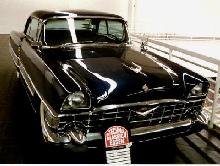 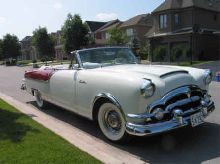 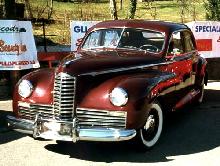 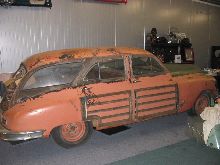 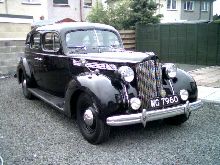 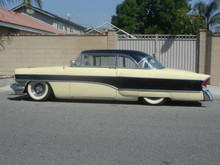 One Ten and Clipper One Ten 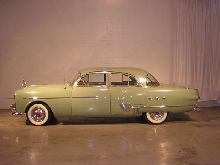 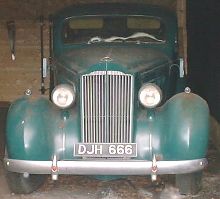 Suggest a link relating to Packard