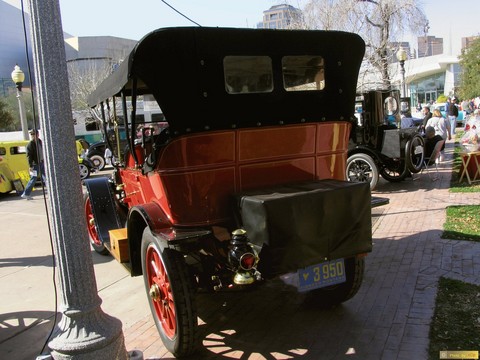 This was the longest-lived of the various Pope makes that came into being following the successful introduction of Columbia automobiles by Colonel Albert Pope. The cars took their name from the firm's founder and the fact that they were produced in a factory at Hartford, Connecticut, where the Company had its headquarters. The first car was a 10hp with a horizontal single-cylinder engine, two-speed gear and single chain drive. A two-cylinder car appeared in 1905 and a four in 1906. The cars progressively grew in size and horsepower but they never made the transition to mass-production nor did the diversity of models bring profitability.

Suggest a link relating to Pope-Hartford