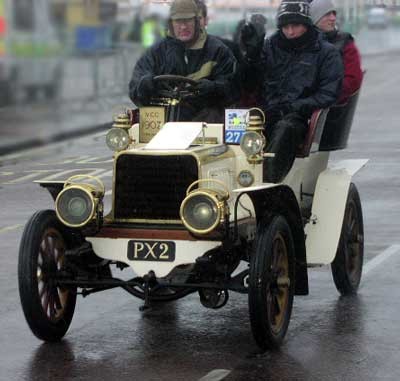 In his modest adverts Monsieur Huber simply gave his name, the address of his works in the Parisian suburb of Billancourt just round the corner from the Renault factory, and added the words: "Automobiles et Moteurs". The cars were conventional shaft-drive vehicles but the first engines were of advanced design for 1902, having individual steel cylinders with detachable copper water jackets and mechanical inlet valves. Tony Huber supplied engines to the trade and like his cars they were available in two and four-cylinder forms, some with pair-cast cylinders. The London firm United Motor Industries had an agency for Tony Huber Motors and in its catalogue commented: "they have been adopted by many leading makers ... we are permitted to mention: Turgan, Dupressoir, Créanche, Morisse, and Lacoste et Battmann".

Tony Huber joined forces with Peugeot in 1905 to develop high-speed marine engines and although this association ceased in 1912 he was still active in the motor-boat industry in the 1920s.