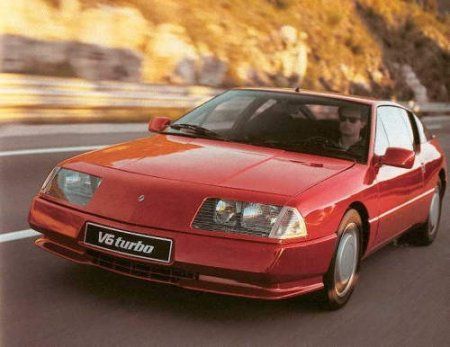 The Renault Alpine GTA is a coupe automobile produced by the Renault-owned French manufacturer Alpine between 1986 and 1991.

It was the first car launched by Alpine under Renault ownership (though Alpine had been affiliated with Renault for many years, with its earlier models using many Renault parts). It effectively updated the design of its predecessor, the Alpine A310, updating that car's silhouette with modern design features like body-integrated bumpers and a triangular C pillar with large rear windshield. It used the PRV V6 engine in a rear-engined layout, with extensive use of Polyester plastics and fibreglass for the body panels making it considerably lighter and quicker than rivals such as the Porsche 944. It was one of the most aerodynamic cars of its time, the normally-aspirated version achieving a world record 0.28 drag coifficient. The PRV engine in the normally aspirated model was identical to the version used in the Renault 25, a 2849 cc unit producing 160 hp (119 kW). Also available was the turbocharged model, which increased the power of the PRV unit to 200 hp (150 kW). 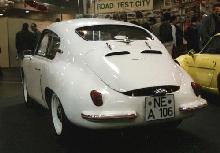 Have you any further information on this car?
Click here to tell us.
There are 14 further pictures
[View Full Gallery]
Related Contacts