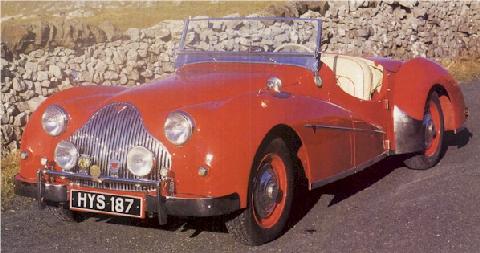 The 1948 London Motor Show was certainly a memorable event witnessing the launch of landmark cars such as the Jaguar XK120 and Morris Minor. Another new arrival which failed to capture the same media coverage and interest was the Alvis TB14 sportscar. The TB14 was the first post-war sports model from Alvis, it featured dramatic styling which flowed in a similar way as the Jag' but somehow the shape just didn't seem to work.

The TB14 used the same mechanical layout as the TA14 saloon model. This meant that it had to make do with rigid axles and mechanically operated brakes. The TB14 did have twin carbs on the same engine as the TA14 and coupled with its lighter body resulted in reasonable performance. Only 100 examples of the TB14 were built by Alvis from 1948-1950.

Dampers on these cars are all Luvax hydraulic, with dashboard adjustment and also pump on rear spring to stiffen at speed.

Max Speed: 89mph but  increased with development, later ones did 97mph. 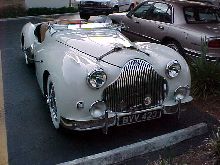