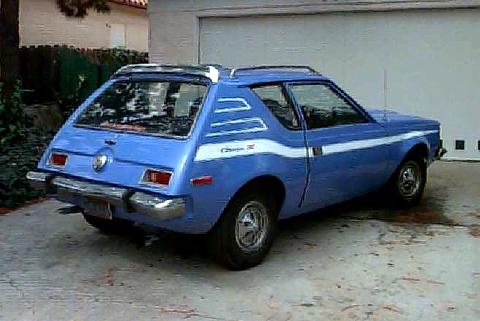 The Gremlin was to the American students what the Citroen 2CV was for the French.  The car was introduced on the first of April in 1970 but not as a joke.  This was one of AMC's best-selling cars.  The Gremlin had both six cylinder and V-8 engines available.  The V-8 engines were 5 litres and delivered 152 brake horsepower.  The car was in reality an AMC Hornet that was chopped off behind the front doors.