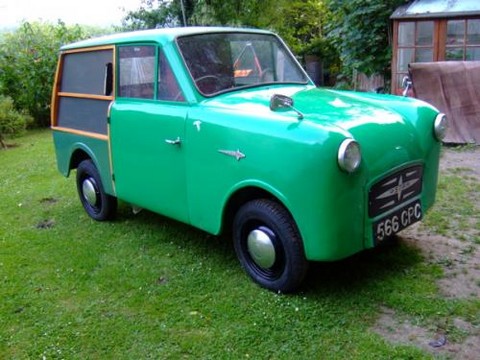 The ASTRA was a small utility vehicle with two (suicide) doors. The rear half of the body was constructed of varnished wood and windows were sometimes fitted. It had no bumpers.

Originally announced as the 'JARC' and powered by a rear-engine 250cc Excelsior Talisman twin engine, the power unit was changed when British Anzani took over the design, to a 322cc Anzani two-cylinder unit.

It was claimed to be the smallest and cheapest four-wheeled car on the British market.

The front had an oblong 'dummy' grille with a flat four pointed star bearing the motif 'ASTRA' in the centre.