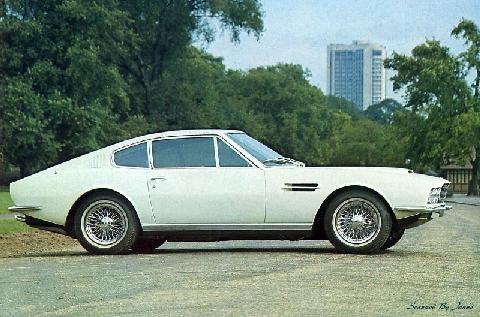 First launched in the DBS featured an all new body, designed by (who later designed the AM Lagonda in ) which featured a distinctive four headlamp grille and a much squarer, more transatlantic shape than seen before on the other DB cars.

Originally designed to accept an all new V8 engine, unfortunately this was not ready in time for the cars launch, so it had to make do with the tried and tested DB6 engine. Due to the increased weight of the DBS body, performance dropped resulting in a top speed and a 0-60 time of seconds. The DBS was eventually replaced by the DBS V8, although confusingly a single headlamp car known simply as a Vantage, was also produced alongside the AMV8 but featuring the straight six DBS engine.