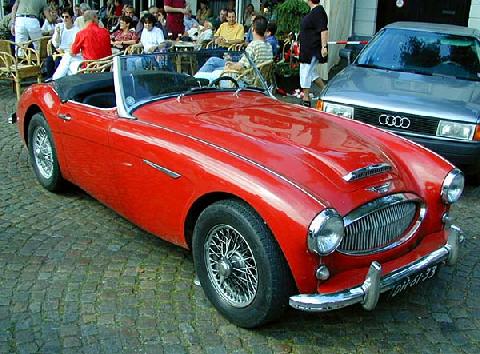 After only three years in production a revised Mk II version of the Austin Healey arrived in 1961. At first both a 2 seater (BN7) and a 2+2 (BT7) were available, although in 1963 the BJ7 took over and was only produced as a 2+2  (wind up windows rather than side curtains). The Mk II featured triple carbs which raised power to 132bhp along with minor changes to the grille and front air-intake.

The Mk IIA gained wind-up windows and a proper "convertible" hood arrangement which added a much needed touch of luxury to the 3000, a wrap-round windscreen was also fitted. 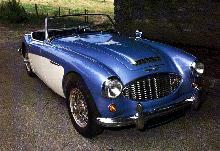 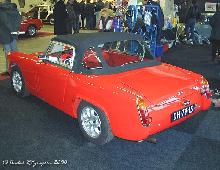 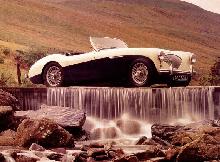 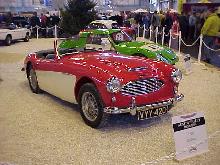 Have you any further information on this car?
Click here to tell us.
There are 19 further pictures
[View Full Gallery]
Related Contacts
[ suggest a contact ]
Related Links
[ suggest a link ]