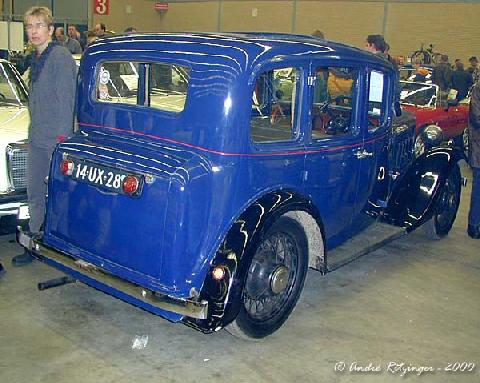 The Austin 12/4 was introduced by the Austin Motor Company in 1921. It was the second of Herbert Austin's post World War I models and was in many ways a scaled-down version of the 20/4, introduced in 1919. (The letters 'HP' in its name defined its fiscal horse power rather than its bhp.)

Initially available as a Tourer, by 1922 three body styles were offered, these being the four-seat tourer, the two/four-seater (both at 550 GBP) and the coupé at 675 GBP.

The car enjoyed success throughout the vintage era with annual sales peaking at 14,000 in 1927.

While the mechanical specification changed little (the engine increased from 1661 cc to 1861 cc in 1926), many body styles were offered with saloons becoming more popular as the twenties drew to a close.

The car continued in the Austin catalogue until 1935 and as a Taxi option until 1939. The last cars were produced for the War Department in 1940.

During the early thirties, the car began to become known as the "Heavy 12", to distinguish it from the other, newer, 12HP cars in the Austin catalogue ("Light 12/4", 12/6 etc) and received some updating. The artillery style wheels were replaced by wire spoked ones in 1933 and coil ignition replaced the magneto in 1935. The gearbox got synchromesh on its top two ratios in 1934. The body range was steadily simplified with the last of the fabric covered versions in 1931 and no open cars after 1934.

After the war the Austin 12 name returned to the Austin catalogue for a couple of years until the arrival in 1947 of the Austin A40 Dorset and Devon saloons.

Today, the Austin 12/4 is remembered as being virtually unburstable and is well catered for by the Vintage Austin Register in the UK and various other clubs in other parts of the world. 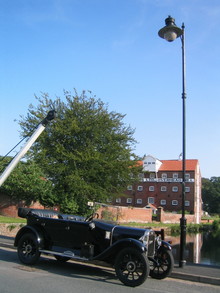 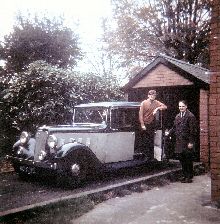