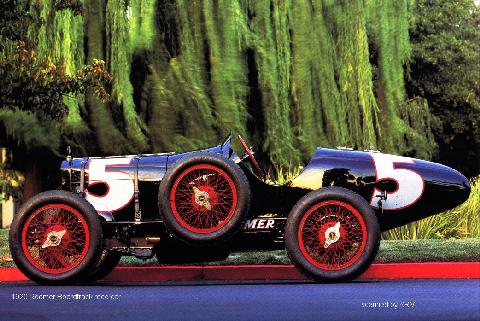 The initial model introduced in 1916 was called the Roamer. The name was suggested by Kenworthy's chauffeur after a popular racing horse of the era. The car was very stylish and the grill was nickel plated and modeled after the Rolls-Royce.

The Roamer was marketed from its inception as "America’s Smartest Car." It was also successful in many early racing events. After a Roamer with a Rochester-Duesenberg engine set six records for one kilometer, one-, two- three-, four- and five-mile sprints at Daytona Beach in 1921, the advertisements crowed, "America’s Smartest Car Makes America’s Fastest Mile."