Brilliant evolution of the Wilhelm Hofmeister-styled four-cylinder 2000CS coupe, made possible by the remarkably smooth and eager new sohc inline six launched earlied in the upmarket 22500/2800/Bavaria sedan series.  This shared the 2000CS body/chassis aft of the firewall, but had a longer front end to accommodate the six, plus revised front suspension and a neat new four--lamp face.   Performance was predictably much higher.  Bodies were supplied by Karmann, and trimmed neatly - if not luxuriously - with quality materials in the German manner.  The original 2.8 engine was enlarged to 3.0 litres in 1971, then given Bosch D-Jetronic fuel injection for still more power. 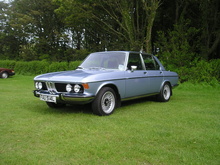 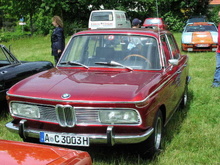 Have you any further information on this car?
Click here to tell us.
There are 27 further pictures
[View Full Gallery]
Related Contacts
[ suggest a contact ]
Related Links
[ suggest a link ]