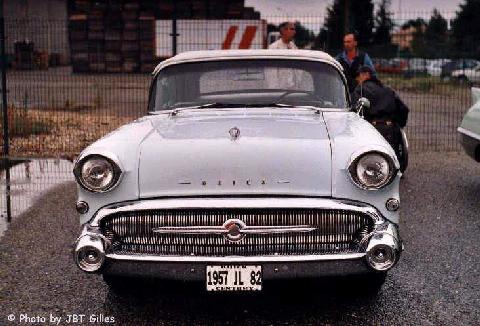 Buick achieved third place in the US car market in 1955 by selling 781,296 cars.  When the eight millionth Buick rolled off the line on April 5 1955, it was also the three and a half millionth post-war buick.

The Buick Century closely resembled the Buick Special but could be recognised by the four false nacelles at the rear of each front wing.  The V-8 engine's capacity was 5,957 cc, producing 253 bhp at 4,400 rpm.