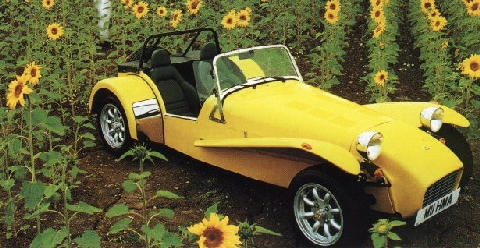 The S3 Super Seven reappeared in 1974 wearing a Caterham badge in-place of its Lotus emblem. Ever since its original departure at Lotus back in 1970 enthusiasts had been mourning its demise, now the S3 was back in production.

A variety of engines have been used over the years, mostly tuned Ford, Vauxhall and Rover units. The S4 GRP body was replaced by lightweight alloy panels, often featuring polished surfaces and still comprising of a simple design. Suspension features all-round coil springs and coupled with pin-sharp steering, has earned the car an enviable reputation.

S3 production is still going strong and is as popular in Europe and Japan as ever. 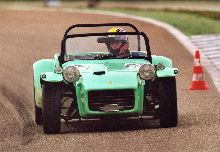