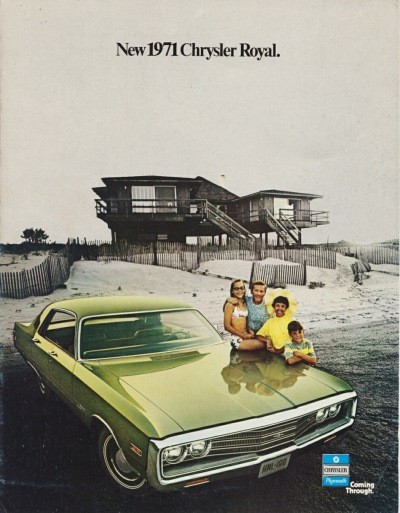 Sales dived once more in 1970 but the entire automobile industry suffered the same fate.  Chrysler made "only" 158,614 cars but Imperial suffered far worse, making a mere 10,111 cars.  In 1971, the new Newport Royal range was introduced.  This was then Chrysler's cheapest car.  The few hundred dollars savings against the previous Newport range cars was achieved by using a smaller 5,897 cc engine instead of the 6,555cc V-8 and by lowering the standard of interior trim.

Source: The complete encyclopedia of Saloon Cars - Rob de la Rive Box
Have you any further information on this car?
Click here to tell us.
There are 3 further pictures
[View Full Gallery]
Related Contacts
[ suggest a contact ]
Related Links