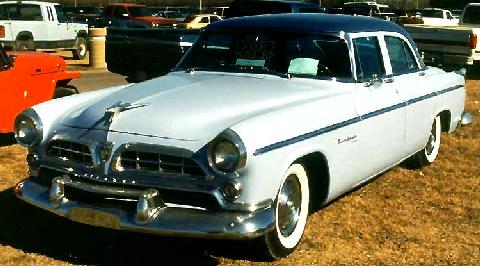 The models had their bodies changed and the engines enlarged every couple of years.  A highlight of 1955 was the Chrysler 300, designed by Virgil Exner.  It was based on the Windsor Deluxe chassis with a V-8 engine.

Source: The complete encyclopedia of Saloon Cars - Rob de la Rive Box
Have you any further information on this car?
Click here to tell us.
There is 1 further picture
[View Full Gallery]
Related Contacts
[ suggest a contact ]
Related Links