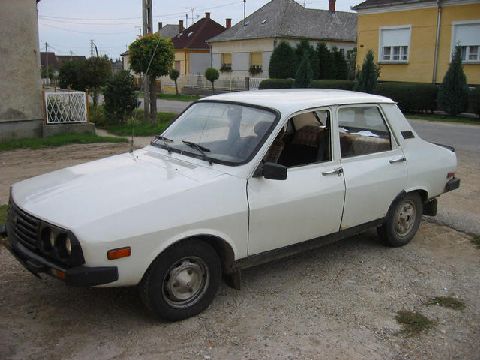 The Dacia 1300 is a car manufactured during the Cold War by Romanian auto marque Dacia, now a subsidiary of Renault. "1300" represents the car's engine displacement.

Dacia acquired the tooling and basic designs of the Renault 12. Most of the resulting automobiles were sold to consumers in the Communist Eastern bloc; in export markets, the car was known as the Dacia Denem.

Minor cosmetic changes were made every few years in an effort to increase the public's interest in purchasing a newer model, but the main design features of the car remained the same year after year, quickly rendering it outdated: most of the technological improvements made during the years the car was produced, such as air conditioning and anti-lock brakes, were never offered.

In addition to the sedan and wagon versions of the original, there was also a pick-up version, and later a hatchback. A sport version of the car had only two doors and a lowered roof. As an effort to keep up with modern standards, the last version was equipped with fuel injection system and catalyser, still achieving only Euro2 standards. The pick-up versions (pick-up, drop-side and double-cab) were discontinued in December 2006.

Dacia was never a high comfort nor a high performance car. However, it had relatively low fuel consumption, it was easy to maintain and it was simple and reliable. Many of the car's versions still run today and they probably will keep on running for a long time.

Suggest a link relating to Dacia 1300