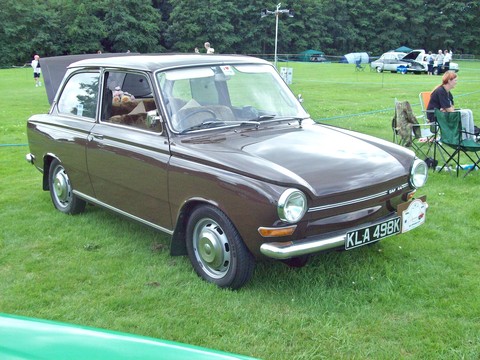 The Daf 44 used the Daf variomatic transmission which was invented by Hub Van Doorne.  It operatered like neither an automatic or a manual.  It worked by rubber bands on two large cones as the engine and car went faster the cones pulled in making the car accelarate.  Hub struggled with the fact that it couldn't handle alot of power.  Hub strived to make people see this was a viable option, but after a while he built a variomatic F3 car which was outlawed.  Audi use a similar system with chains instead of belts and the Nissan Primera also came with the option of variomatic. 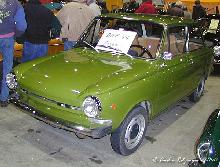 Suggest a link relating to DAF 44