Daimler replaced its Conquest Drophead Coupe and quirky Conquest Roadster with a revised model confusingly named the "New Conquest Drophead Coupe". The new car had a two/three seater .The front end of the car as far back as the B posts is all steel. The rear end behind the B posts is welded alloy in one piece except for the inner wheel
arches which are still steel, with a proper folding convertible roof. As with the other models in the Conquest range power came from a 2433cc six cylinder engine, top speed was around the magic 100mph mark.

Production of the Conquest Drophead Coupe continued until 1957, only 54 examples were actually completed. 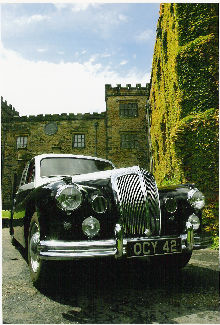