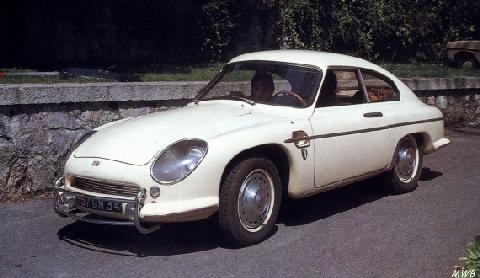 The D.B. cars were fast with reliable engines, even though they were in an advanced state of tuning.  D.B. cars won major races such as Le Mans and the Mille Miglia and on more conventional short courses.

The best known car by Deutsch and Bonnet was the HBR 5 which was shown for the first time at Paris in 1954.  The twin-cylinder air-cooled Panhard engine initially was 851 cc/58 bhp, but later 954 cc/70 bhp.