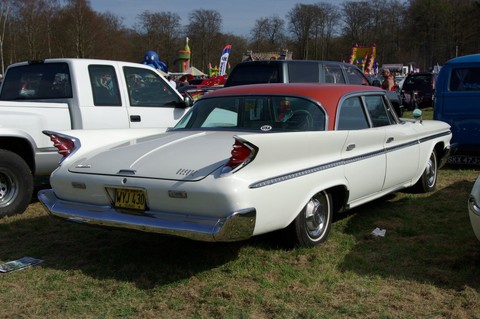 The De Soto models were improved and refined each year.  They received twin head-lights and fins on the rear wings but none of this prevented the demise of the marque.  In 1959 the meagre production volume was too low for a factory of its own for De Soto, so the cars were built on a line in the Chrysler factory.  Chrysler's top-of-the range marque of Imperial moved to the factory where De Soto cars had been built for 23 years.  The final De Soto convertibles rolled off the new line in 1959.  There were two models in the range in 1960: the Fireflite and the Adventurer.

Both cars were based on the running gear of the Windsor but only 1,941 of them were sold and hence on 30 November 1960, Chrysler decided to cease production of De Soto models.