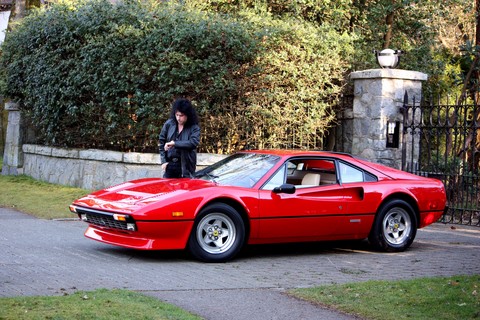 The Pininfarina-styled 308 GTB was introduced at the Paris Motor Show in 1975 as a supplement to the odd Bertone-shaped Dino 308 GT4 and a replacement for the 246 Dino. Unlike the plain 2+2 GT4, the GTB was a 2-seater with aggressive lines, and has been called one of the most beautiful of all Ferraris. The targa topped 308GTS was made famous on the Magnum P.I. television show.