A new Escort arrived in 1975, the Escort Mk II.  The MKII was developed jointly between Ford UK and Germany.

The Mk II had a new bodyshell with modern, square lines. A range of models were available as before and comprised of "base", L, GL, Sport and a top-of-the-range Ghia. Buyers could choose between two and four door saloon bodies or even a two door estate version.  As on the Mk I there was a choice of 1.1 and 1.3 litre engines and now a 1.6 litre unit was also available along with optional automatic transmission.

During the second half of the 1970s the Escort continued to prove hugely popular with buyers in Britain and other parts of Europe.  It was given an update with the L models gaining the square headlights (previously exclusive to the GL and Ghia variants) and there was an upgrade in interior and exterior specification for some models in 1978.  Underneath a wider front track was given.

The Escort range had fairly simple equipment levels but this did not prevent more than 600,000 cars from being built before the range finished in 1980. 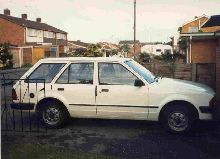 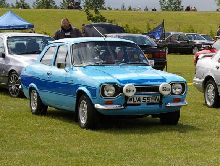 Have you any further information on this car?
Click here to tell us.
There are 56 further pictures
[View Full Gallery]
Related Contacts
[ suggest a contact ]
Related Links
[ suggest a link ]