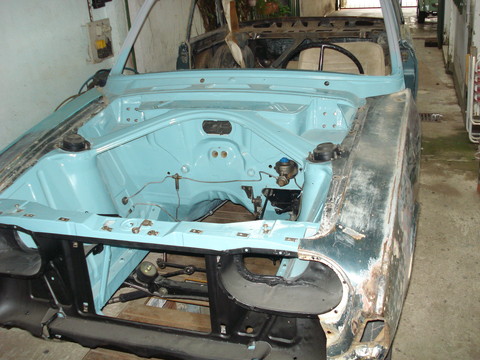 The British and German Ford factories work closely together and this was also true during the fifties when Dagenham produced the Consul and built the 17M.  Although there was no external resemblance between the cars, they had much in common and shared many parts, such as engines, brakes and suspension.  The four-cylinder engine was now a 1,698 cc overhead valve engine that delivered 55 bhp at 4,250 rpm.  This model was known in the factory as the P2 and was also available as an estate and convertible.  The P2 was succeeded by the P3 which had less boxy lines and then by the P5, which looked much like the P3.  Both the P3 and P5 were available in TS version in which the engine was bored out to 1,758 cc to produce 70 instead of 60 bhp.

Source: Motorbase
Have you any further information on this car?
Click here to tell us.
There are 11 further pictures
[View Full Gallery]
Related Contacts