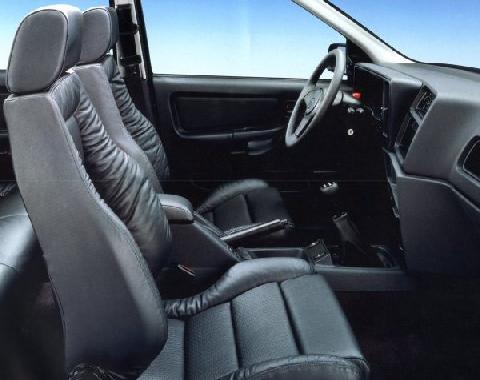 In July 1986, a special version called the Ford Sierra RS Cosworth was launched, using a 204 hp (DIN) 2.0 L DOHC engine developed by Cosworth, with a Garret T3 turbocharger and intercooler. It was designed by Ford's Special Vehicle Engineering (SVE) group and made in Ford's Genk factory in Belgium. It was based on a three-door Sierra with the dashboard from the Merkur XR4Ti. The car was available in only white, black or Ford's 'Moonstone Blue' and only 5545 were made.

In 1987, a 224 bhp Sierra Cosworth, the RS500, was sold alongside the 204 hp version. Only 500 were produced as the minimum number of road-going cars required to meet with homologation racing rules, allowing it to compete in certain motor racing competitions. The car was modified by the Tickford Engineering Company in conjunction with Ford. Revisions included uprated brakes and modified front and rear spoilers (a second smaller rear spoiler was added beneath the large "whale-tail") as well as various engine upgrades including a larger turbocharger. Racing versions of the Cosworth were highly successful in European touring car and rally championships through the late 1980s.

In 1988, a new Cosworth was produced which was based on the Sierra Sapphire saloon. 11,000 were produced until it was replaced in 1990 by a four wheel drive version, the Sierra Sapphire RS Cosworth 4x4, of which 9,250 were built. Its replacement came in the form of the Escort RS Cosworth which appeared in 1992, which used a shortened and developed version of the Sierra platform and running gear but clothed with an Escort-esque bodyshell and the return of the whale-tail spoiler. 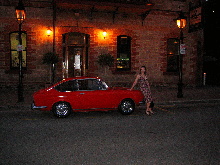 Have you any further information on this car?
Click here to tell us.
There are 32 further pictures
[View Full Gallery]
Related Contacts
[ suggest a contact ]
Related Links