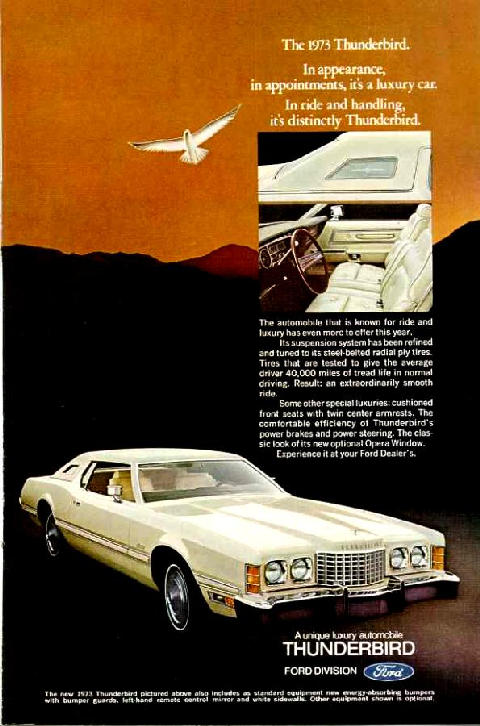 Ford updated its Thunderbird range again in 1966 with a sixth generation model. The original 1950's "personal car" values had disappeared long ago and the new car had little in common with the original series which now consisted of two and four door saloons.

Source: Motorbase
Have you any further information on this car?
Click here to tell us.
There is 1 further picture
[View Full Gallery]
Related Contacts
[ suggest a contact ]
Related Links