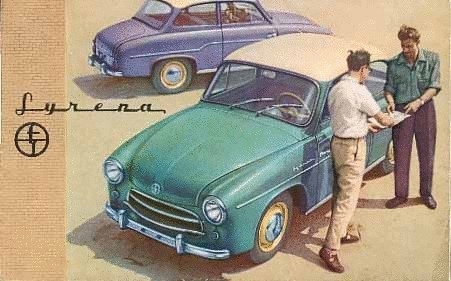 Syrena in the Polish mythology is a draconian snake goddess or half woman, half fish being (see: mermaid) who protects the river Wisła and the Polish capital city, Warsaw.

Source: Wikipedia
Have you any further information on this car?
Click here to tell us.
There are 2 further pictures
[View Full Gallery]
Related Contacts