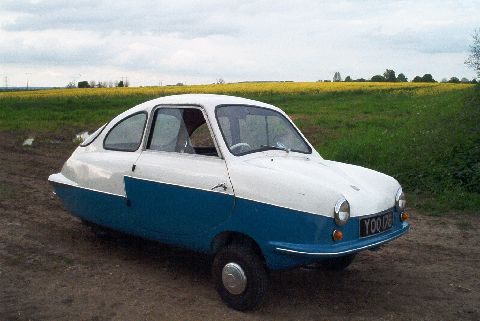 A four-seater S-2 was introduced in 1954 and the S-7 first appeared at the motor show in 1957.  The S-7 had a polyester body shell, more elegant lines, and twin wheels, close together, at the back.  This enabled the car to be treated as a three-wheeler by the German law so that it could be driven by someone with a motorcycle licence.  In , the S-7 was sold as a kit car under the name Nobel 200.  It had a polyester shell and was built in Britain for York Nobel by Lea Francis.  The model was also built in , , and under licence.

Source: Motorbase
Have you any further information on this car?
Click here to tell us.
There is 1 further picture
[View Full Gallery]
Related Contacts