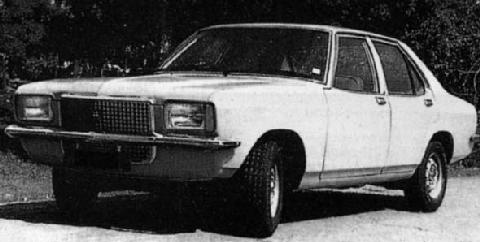 The Hindustan Contessa is a model of car manufactured by Hindustan Motors of India, utilizing the tooling of the British 1972-1978 Vauxhall Victor/VX FE series.

The Contessa Classic was a popular choice for government limousines.  It was one of the few Indian manufactured luxury cars in the late 80's and early 90's. The production of this car was stopped in the year 2002. There were three versions of this car, 1.8GLX (Isuzu Petrol), 2.0DLX (Isuzu diesel) and 2.0T (Isuzu diesel, turbo (rare)). Even though it is based on a 1970s Vauxhall Victor, the interior of this car especially the rear seat is still extremely comfortable for passengers.

The car was first produced in 1982 and the basic design has remained the same throughout its life, though HM made minor updates from year to year.  The last series of the car which was in 2002 was fully loaded.  They came with fuel injection, power windows, power steering, AC and lots more.  But the demand for cheap Japanese cars have completely phased out the Contessa.

The Company has officially stopped manufacturing the car in the year 2002. The car has become a legend, it was a sign of opulence and luxury till the advent of the open economy in India in 1991, which led to the flooding of foreign cars into the market.  Another reason why the car lost its popularity was because the spare parts of the car were expensive as compared to its Japanese and Korean counterparts, which discouraged users from buying this car.